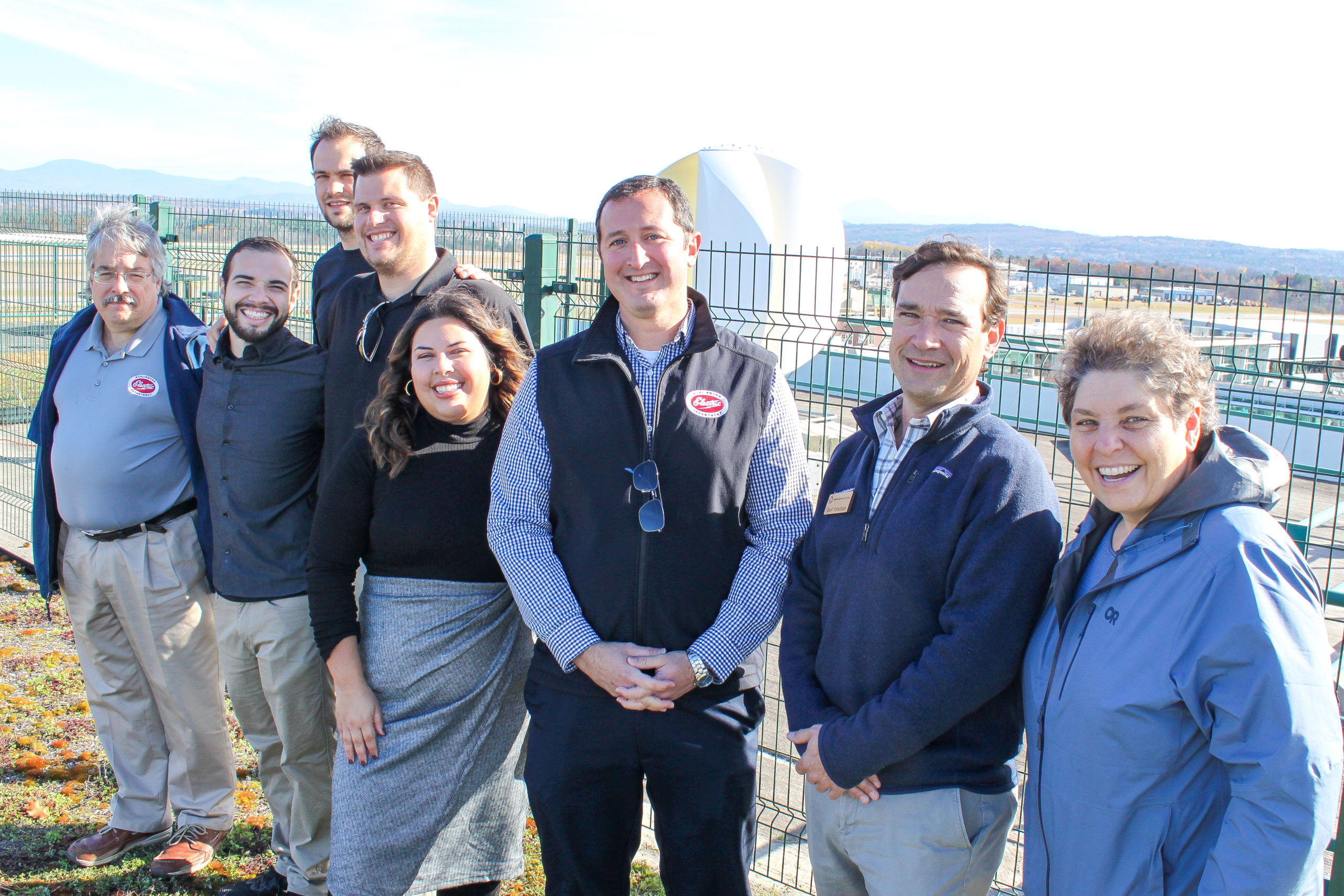 The Burlington Electric Department (BED), joined by Mayor Miro Weinberger, ARC Industries Founder and CEO Robert Monteith, and leaders from Burlington International Airport (BTV) and the Vermont Sustainable Jobs Fund, recently announced a partnership with ARC Industries to pioneer ARC’s new, leading-edge wind turbine – The Orb – at BTV in pursuit of Burlington’s goal of becoming a Net Zero Energy City by 2030. The Orb, tagged with model number ORB-A-001, will be ARC’s first-ever deployment of its new energy technology and will provide BED with the opportunity to pilot a potential means of further diversifying its renewable energy offerings in Burlington’s urban environment.

“As Burlington boldly pursues the nation’s most ambitious climate goal, we continue to look for new tools to provide community members to help them on the path to Net Zero Energy,” stated Mayor Miro Weinberger. “Burlington already generates the most solar energy per person of any City in the Northeast, and rooftop wind is an exciting new frontier in renewable energy. We are excited to pilot this innovative, new technology with ARC Industries right here at the Burlington International Airport.”

“The Orb offers a fresh, new take on renewable energy,” stated Robert Monteith, ARC Industries Founder and CEO. “With The Orb – our rooftop wind turbine – we deliver wind power that is affordable and accessible to everyone, requiring little to no maintenance. We are thrilled to be partnering with Burlington Electric Department and the City of Burlington to deploy our very first product, The Orb, and look forward to expanding upon this exciting pilot program.”

ARC Industries, headquartered in Bridgewater, MA, earned a top award during the 2021 DeltaClimeVT business accelerator program that serves startup and seed-stage ventures focusing on energy and climate economy innovation across multiple industries. Through that award, BED is partnering with ARC on a pilot program for the purpose of exploring expanded deployment of newer rooftop wind generation technologies. After one year of electricity production, BED has the option to extend the term of the contract, purchase The Orb, or have ARC remove The Orb.

The ARC Industries Orb, a vertical access wind turbine, produces 3.0 kilowatts of power and is ideal for commercial, industrial, and residential rooftops. The eight-foot tall and six-foot in diameter Orb was installed last week in the southeastern-most corner of the BTV parking garage rooftop. Key features of The Orb include: ability to deploy in compact spaces; built to last in all climates and weather conditions; generates power in even the lightest breeze; requires virtually no maintenance; projected 25+ year lifespan; projected to pay for itself with electricity savings in five to 10 years.

“At the Airport, we’re elated and grateful to have the opportunity to be the first airport in the country to host The Orb,” stated Nic Longo, Aviation Director, Burlington International Airport. “The Orb is a great complement to the existing 500-kilowatt solar array and aids BTV in our goal of becoming the nation’s greenest airport. This renewable energy source expansion is one of the first steps in what is to come at BTV.”

“ARC’s innovative approach to wind energy is a great fit for Vermont, where solar may not be a viable option at all locations” stated Geoff Robertson, Managing Director, DeltaClimeVT. “Within the bigger goal of accelerating the best ideas available to address climate change, it’s exciting to find companies that are the right fit for Vermont.”

“DeltaClimeVT has generated 20 pilot programs in Vermont, giving promising climate economy companies like ARC a launching pad to address global issues,” stated Ellen Kahler, Executive Director of the Vermont Sustainable Jobs Fund. “Vermont’s size and the fact that we can access leaders from the energy industry to mentor startups like ARC mean we can help move companies faster toward implementable solutions.”

Over the course of one year, The Orb is expected to produce an amount of electricity equivalent to power 1.5 residential homes. For comparison purposes, approximately 25 of the 1,840 panels that make up BTV’s 500-kilowatt solar array would produce the same amount of electricity as The Orb.

In 2019, Mayor Miro Weinberger and BED released the Net Zero Energy Roadmap to guide efforts to strategically electrify in the thermal and ground transportation sectors and to make other efforts to reduce emissions in service of the City’s 2030 climate goal.

DeltaClimeVT is managed by the Vermont Sustainable Jobs Fund (VSJF), a nonprofit organization committed to nurturing the sustainable development of Vermont’s economy.

Get the recap on the DeltaClimeVT Energy2022 business accelerator.